The Forgotten Language That Only Women Once Knew 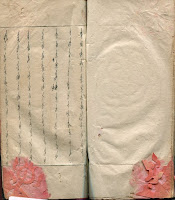 Ever had the sneaking suspicion that women speak in different tongues? If you were a Hunanese peasant woman in 20-century China, there was a kernel of truth to the old joke. Inside a hilly, remote village of Jiangyong County, unschooled women and girls developed a mysterious system of writing called Nüshu to express their innermost thoughts and passed around favorite songs, prayers, traditional tales, birthday letters and wedding congratulations to each other in coded script.


The communications were hidden in plain sight from the men, who largely disregarded Nüshu — which means “women’s writing” in Chinese — as frivolous, not bothering to learn a word.

Similar female scripts arose in Japan and Korea too, but only Nüshu bore a certain mystique. When women died, they had their favorite works burned or buried with them. So we don’t know exactly when Nüshu began, but we know that women were using the script around 200 years ago, when girls weren’t expected to go to school and long before they received any formal education.

"Not being able to go outside upsets me more than I can say,
and I'm terrified our hiding place will be discovered
and that we'll be shot," she wrote in her diary in September 1942.

The Jews in hiding had withstood bombs, near-starvation, two break-in attempts, and the many privations of their helpers during over two years in hiding, and the suspense had begun to take its toll. They were pale and malnourished from life without sun, but they were alive.

Women in the Medieval World

Modern portrayals of medieval women tend toward stereotypical images of damsels in distress, mystics in convents, female laborers in the fields, and even women of ill repute. In fact, women’s roles in the Middle Ages were varied and nuanced, and medieval depictions of womanhood were multi-faceted. Illuminating Women in the Medieval World, on view June 20 –September 17, 2017 at the J. Paul Getty Museum at the Getty Center, reveals the vibrant and complex medieval representations of women, real and imagined, who fill the texts and images within illuminated manuscripts, Art Daily said.

Side Note: I was lucky to have a preview of the booklet accompanying the exhibition. It is a beautifully illustrated work, with carefully selected manuscripts to enhance each chapter which is depicted in the exhibition. We have topics covering the ideals of womanhood (christian saints and martyrs), "warnings" on behaviour (adultery, wantoness), daily life (courtship, marriage, childbirth, death), women in the arts (artists and illuminators), and finally a small section on the renewed interest in women of history.

But the mystery of what happened to Amelia Earhart may be as close as it’s ever been to being solved. An expedition organized by the International Group for Historic Aircraft Recovery (TIGHAR) sets sail on June 24 from Fiji. On board will be a team that’s proved astonishingly adept at locating human remains—specially trained forensic dogs.

The expedition’s destination is Nikumaroro, an uninhabited island some 1,000 miles north of Fiji. The members of TIGHAR have devoted the last three decades to testing what they call the Nikumaroro hypothesis—that when Earhart and Noonan couldn’t find Howland, they landed on Nikumaroro. 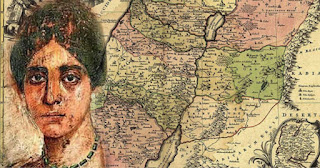 Egeria was a young woman who decided to make the trip of a lifetime and go to the Holy Land. But what inspired her to make that journey and walk half of the world all alone?


She was born in beautiful green Galicia and grew up surrounded by pagan stories and sacred sites related to pagan traditions. The people in this area have always known about magic and pagan rituals. Thus, Christianizing Galicia was a very slow process. In fact, even now many people of this North-West part of Spain believe in witchcraft and supernatural creatures.

It is likely that Egeria was still a young woman when she decided to change her life. Her incredible story was forgotten for seven centuries. Much of the information about her has been lost, but there is still a part of the text written by her hand which allows one to have some insight into her thoughts.

The phrase “powerful women of Medieval India” either conjures the image of the queen of the Delhi Sultanate, Razia Sultana, who braved enormous opposition from Shamsi nobles and effectively ruled Delhi for three years, or the Mughal Empress Nur Jahan – an able administrator, but also a poet par excellence and a fashionista.


Mughal emperor Jahangir, in his Jahangirnama, gives the exaggerated figure of 15,000 women in Ghiyas’ seraglio. He further adds that each woman in the harem was either trained in a particular craft according to her aptitude and talent, or was appointed to some high position at the court of Malwa.

It is not surprising that medieval Indian chroniclers could not understand and appreciate Ghiyas’ distinguished harem. In an era that treated women as second-class human beings, educated women would have certainly been misfits. This may be why when Ghiyas’ son, after he murdered his father and wrested the reins of Malwa for himself, executed most of the women from his father’s seraglio. Weak rulers are often threatened by empowered women.

In the pantheon of great Chinese actresses, few names come as revered as Liu. The star of more than 60 films and TV shows, Madame Liu, as she likes to be called, has a résumé that includes four marriages, once being China’s richest woman and a jail term for tax evasion. Now 61 years young, she is keen to discuss her latest role over dinner at Beijing’s Four Seasons Hotel. It's a role she has already played four times over.


“The tale of Empress Wu is like jade,” she tells TIME, dressed in a black tee bearing the slogan ”Little Cutie” over a green military-style shirt. “We’re on a treasure hunt for this most precious of treasures, unraveling the mysteries of that period and person.”

That person is Wu Zetian, the only woman to have ever ruled China, and that period is the Tang Dynasty (AD618 to 906). Liu is due to reprise the role in a 14-part series entitled Empress, due to hit American screens late next year.

Empress Wu is legendary in China for using her wit, intelligence and cunning to eclipse all rivals and rise from her position as Emperor Taizong’s favorite concubine to the very apex of court life. She also had scores of lovers, ruled through 72 prime ministers, and is believed to have killed her own daughter. “Only after I acted as Empress Wu did people start thinking positive things about her,” says Liu.

When Will Land Rights for South Asian Women Become a Reality?

Because women own land and have always decided what is grown on it and what is conserved, the state not only has a strong climate-resistant food system but also some of the rarest edible and medicinal plants, researchers said. The importance of protecting the full spectrum of women’s property rights becomes even more urgent as the number of women-led households in rural areas around the world continues to grow.

While their ancient culture empowers Meghalaya’s indigenous women with land ownership that vastly improves their resilience to the food shocks climate change springs on them, for an overwhelming majority of women in developing countries, culture does not allow them even a voice in family or community land management. Nor do national laws support their rights to own the very land they sow and harvest to feed their families.

Posted by Melisende at 2:48 PM No comments:

A papyrus holding text that suggests Jesus Christ was married and whose authenticity has been a matter of intense debate since it was unveiled in 2012 is almost certainly a fake.

Karen King, the Harvard professor who discovered the Gospel of Jesus's Wife and has defended its authenticity, has now conceded that the papyrus is likely a forgery and that its owner lied to her about the provenance and his own background.

The concession comes after Walter Fritz, a resident of North Port, Florida, revealed that he is the owner of the papyrus that claims Jesus had a wife. Fritz said this to Ariel Sabar, a journalist for The Atlantic who wrote an exposé published June 15.

TIMELINE: A History Of Women In The US Military

In every case, these were historic firsts for the armed services, and a reminder that the military still has a long way to go before it is a truly integrated institution. But, since the United States first declared itself an independent nation, American women have found ways to serve their country despite resistance from men, sometimes going as far as impersonating male soldiers to join the fight at the frontlines.

In honor of International Women’s Day and Women’s History Month, Task & Purpose has compiled a list of historic milestones that changed the course of our nation — milestones set by servicewomen who refused to accept the status quo and paved the way for the next generation. This is by no means a complete timeline; this is simply a snippet of those accomplishments.

Posted by Melisende at 9:43 PM No comments: