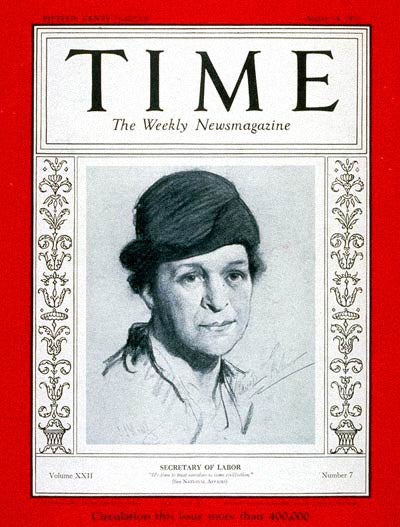 In the midst of the catastrophic crisis triggered by the coronavirus pandemic, more than 100 million Americans are accessing financial assistance and medical care. These vital services are available in part because of the efforts of a woman many have never heard of.
Frances Perkins was the first female presidential cabinet secretary and the central architect of the New Deal. She designed Social Security and public works programs that brought millions out of poverty. Her work resulted in the construction of hospitals, public schools, and related infrastructure. A social worker by training, Perkins also implemented workplace regulations that are standard to this day.
How did a woman who was not allowed to vote until she was 40 become such an important civil servant and political force?
read more here @ JSTOR Daily
Posted by Melisende at 1:02 PM 1 comment:

The Creation of the Rape Kit

From Duquesne University:
Many Americans likely learned about rape kits from modern television crime dramas. In scenes from popular shows such as “Law and Order: Special Victims Unit,” a victim lies on a gurney while detectives ask questions and explain that her rape kit will be sent for DNA testing.

Now a crucial part of any sexual assault investigation, the rape kit was developed in the late 1970s by Chicago Police Sgt. Louis Vitullo. He later became the chief microanalyst for the city’s crime lab.
The kit contained plastic test tubes and swabs for vaginal, rectal and oral smears, individual slides and mailing boxes for the smears, a comb to collect samples of foreign (that is, not from the victim) hair, and nail clippers to salvage evidence from under fingernails. It also included a brown paper bag for victims’ undergarments and clothes, forms for the doctors and police officers involved to complete, sealing tape and a pencil to write on the slides.
Today’s kits contain virtually the same items, with only minor variations based on specific manufacturers or hospital procedures.
read more here @ Duquesne University
Posted by Melisende at 10:06 AM 1 comment:

Crimes Of Honor In The Modern World

From Eurasia Review:
Since ancient Rome, honor killings have been a known phenomenon; the paterfamilias or oldest man in the family had the right to kill his unmarried daughter who was having sex or an adulterous woman. Honor killings existed in Europe in the Middle Ages; for example, under ancient Jewish law, killing by stoning was the punishment imposed on an adulterous woman and her partner. Today, the practice is mainly associated with parts of Asia, Latin America, North Africa and the Middle East.
read more by Dr. Mohamed Chtatou @ Eurasia Review
Posted by Melisende at 9:02 PM No comments:

From allAfrica.com:
Every day, hundreds of thousands of girls around the world are harmed physically or psychologically, with the full knowledge and consent of their families, friends and communities. And without urgent action, the situation is likely to worsen.
These are the findings of UNFPA's flagship 2020 State of World Population report, released today. The report examines the origin and extent of harmful practices around the world, and what must be done to stop them.
It identifies 19 harmful practices - ranging from breast ironing to virginity testing - that are considered to be human rights violations. But it focuses on three practices in particular that are widespread and persistent, despite near-universal condemnation: female genital mutilation (FGM), child marriage and son preference.
read more about the five unexpected, and critical, takeaways from the report @ allAfrica.com
Posted by Melisende at 8:45 PM No comments:

From The Conversation:
In 1886, a year before American journalist Nellie Bly feigned insanity to enter an asylum in New York and became a household name, Catherine Hay Thomson arrived at the entrance of Kew Asylum in Melbourne on “a hot grey morning with a lowering sky”.
Hay Thomson’s two-part article, The Female Side of Kew Asylum for The Argus newspaper revealed the conditions women endured in Melbourne’s public institutions. 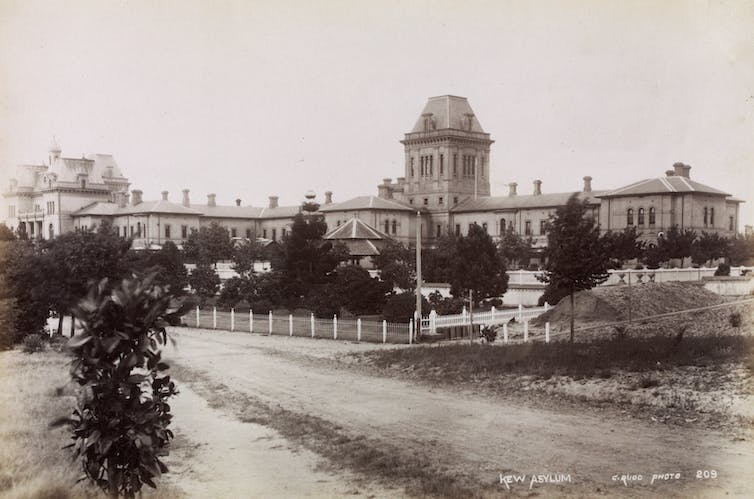 Her articles were controversial, engaging, empathetic, and most likely the first known by an Australian female undercover journalist.
read more here @ The Conversation
Posted by Melisende at 8:04 PM No comments:

From BBC News:
An Indian judge is under pressure to delete comments from a court order that questioned the behaviour of a woman who alleged she was raped.
Granting bail to the rape accused last week, Justice Krishna S Dixit of the Karnataka High Court said he found the woman's statement "a bit difficult to believe".
Justice Dixit went on to ask why the woman had gone "to her office at night - at 11pm"; why had she "not objected to consuming drinks with him"; and why she had allowed him "to stay with her till morning".
"The explanation offered by her that after the perpetration of the act she was tired and fell asleep is unbecoming of an Indian woman," the judge said, adding that it was "not the way our women react when they are ravished".
His remarks set off a storm of protest. Outraged Indians asked if there was a "rulebook" or a "guide" to being a rape victim. An illustration was widely shared online which, drawing on several recent court rulings, mocked up "An Indian judge's guide to being the ideal rape survivor". 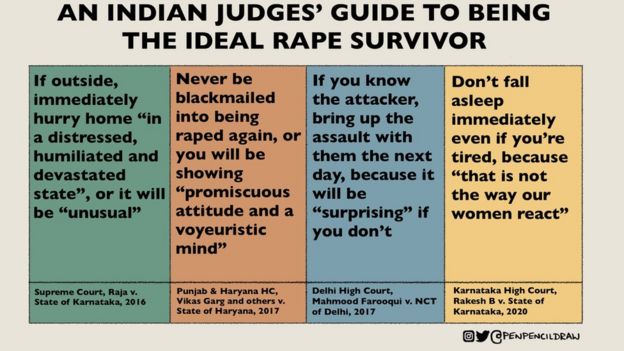 Aparna Bhat, a senior Delhi-based lawyer, wrote an open letter to the chief justice of India and the three female judges of the Supreme Court in response to the ruling.
"Is there a protocol for rape victims to follow post the incident which is written in the law that I am not aware of?" she wrote. "Are 'Indian women' an exclusive class who have unmatched standards post being violated?"
Appealing to the Supreme Court judges to intervene, Ms Bhat said the judge's remarks showed "misogyny at its worst", adding that not condemning them would "amount to condoning".
read more here @ BBC News
Posted by Melisende at 8:01 PM No comments: 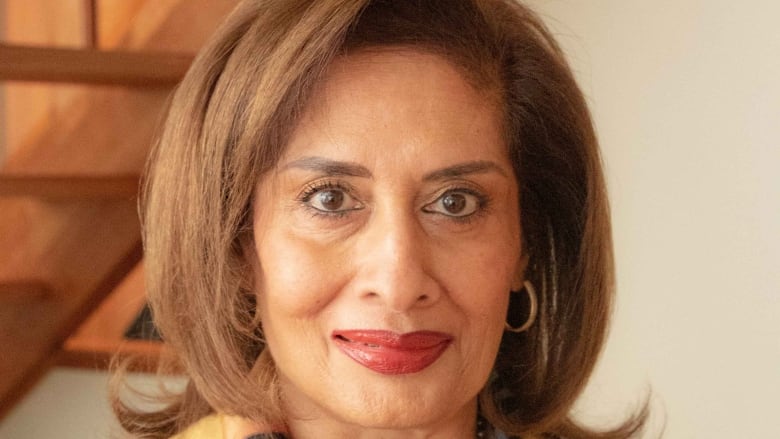 Salma Lakhani of Edmonton has been named as the new lieutenant-governor of Alberta, making her the first Muslim in Canadian history to be appointed to the ceremonial role.
"Ms. Lakhani is devoted to supporting people in her community, from new immigrants and young people, to women and families," Prime Minister Justin Trudeau said Tuesday in a news release announcing the appointment.
"As lieutenant-governor of Alberta, I know she will serve the people of her province and our country well, and continue to be a source of inspiration for all Canadians."
Lakhani is a long-time community advocate and successful business owner who has dedicated her life to helping people in need, the prime minister's office said in a news release.
read more here @ CBC News
Posted by Melisende at 7:57 PM No comments:

How a national park in Africa is thriving after war

From CNN Travel:
In the middle of Mozambique, at the southern end of the Great African Rift Valley, Gorongosa National Park is a haven for wildlife. The 1,500-square-mile (4,000 square-kilometer) park is flourishing now -- but it has had a tumultuous history.
Gorongosa was first established as a hunting reserve by Mozambique's Portuguese rulers in 1920. They gradually opened it up to tourists and in 1960, declared it a national park. However in 1977, two years after Mozambique declared independence from Portugal, a bloody civil war erupted and Gorongosa became a battleground. When the war ended in 1992, the landscape was devastated and more than 90% of Gorongosa's large mammals had been killed.
Efforts were made to rehabilitate Gorongosa after the war but it wasn't until 2004, when American philanthropist Greg Carr partnered with the Mozambican government to restore the park, that it started coming back to life.  But the work didn't stop there. As well as restoring the park, Carr and his team have created new opportunities for women in a bid to tackle Mozambique's entrenched gender inequality.  Currently, a third of the park's 600-strong workforce is female -- with a goal to reach 50%.
Before Gorongosa closed in March because of the Covid-19 pandemic, CNN visited and spoke to three of the women who are working to rebuild this natural treasure.
read more here @ CNN Travel
Posted by Melisende at 7:55 PM No comments: