The Irish woman who shot Mussolini in the face 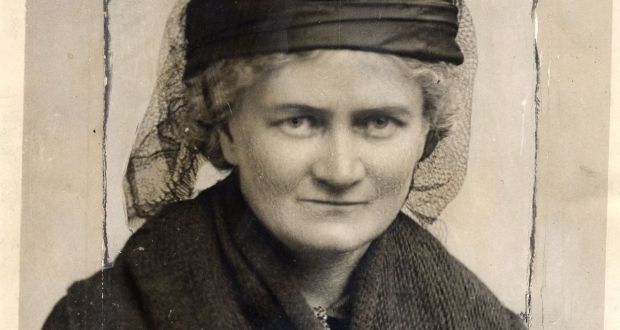 How had Violet Gibson’s life gone from the well-heeled upbringing of Merrion Square in Dublin to dying in a mental asylum having attempted to assassinate a world leader and how different the world may have been if she had succeeded?
What’s worse is that Gibson’s attempted assassination triggered a wave of support for Il Duce which possibly helped strengthen his grip on Italy.
read more here @ Irish Central and the Guardian and the Irish Times
further reading:
The Woman Who Shot Mussolini by Frances Stonor Saunders
film:
Violet Gibson - Irish Journal
Posted by Melisende at 4:04 PM No comments:

From PHmuseum:
Argentine photographer Sofía Bensadon portrays the women behind Bolivia’s construction industry. By documenting their work and recording their testimonies, she looks to capture their resilience and determination despite the marginalisation they are subjected to.
Since the Chaco war in Bolivia real-estate development has been evolving, especially during Evo Morales presidential period. As a result of this rapid demand, today many women have joined the construction industry in their country. 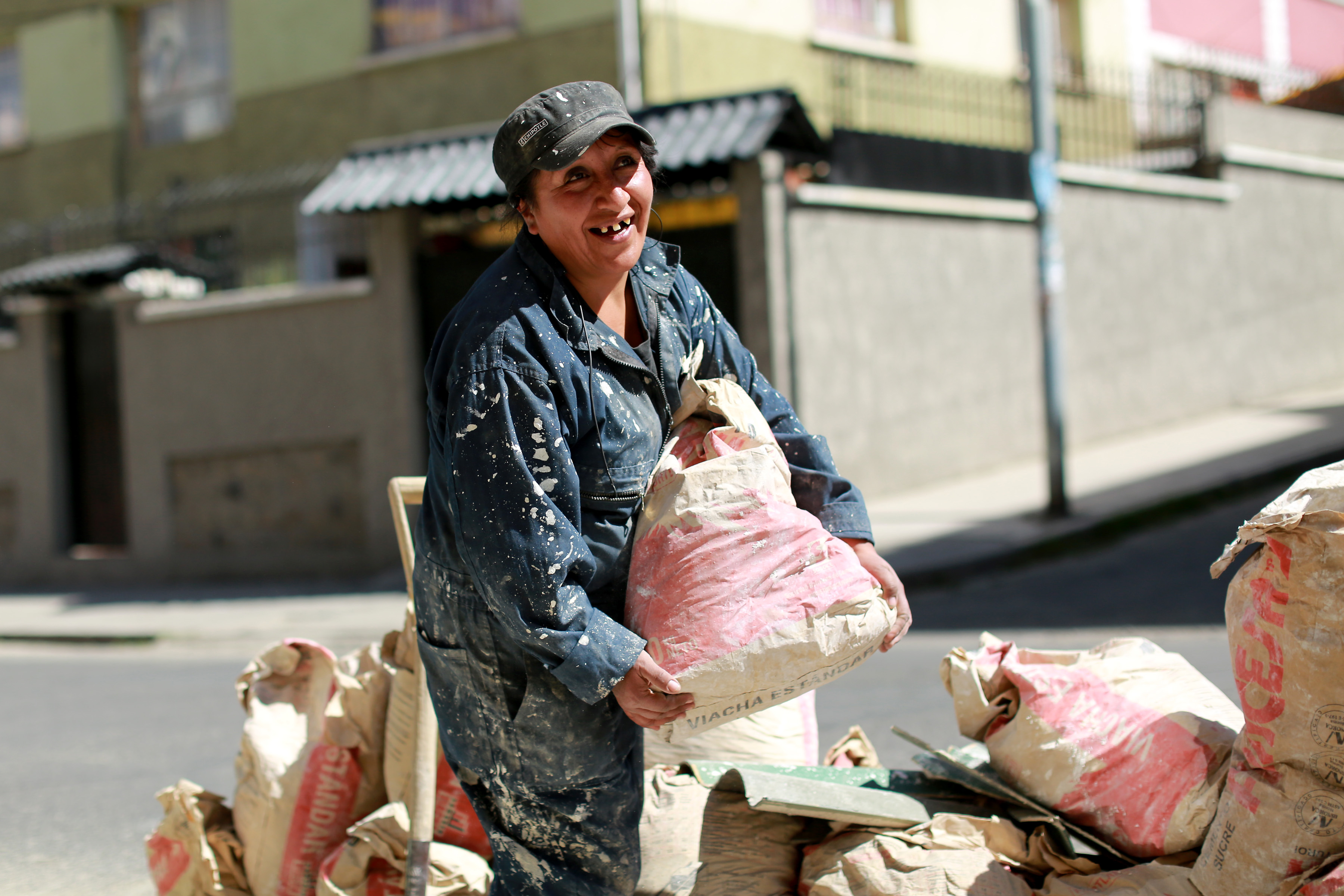 In La Paz and Alto, it is socially questioned that women have joined this traditionally male expected labour. Despite social discrimination Bolivian women have continued to work in the field and gained their work pal and family members respect. Bensadon inspired by her father’s traditional views on construction’s sites, she embarked on this ongoing personal project that looks to give a voice to Bolivia’s resilient women.
read more here @ PHmuseum and Pulitzer Center
Posted by Melisende at 5:35 PM 1 comment:

From Brisbane Times:
Guests from Hillary Clinton to comedienne Sandy Toksvig talk to Gillard about leadership and the road to gender equality.
Former prime minister Julia Gillard is chair of the Global Institute for Women’s Leadership, and in that role she has been interviewing a diverse group of women – from world leaders to stand-up comedians – for A Podcast of One’s Own.
“We want to find as many [role models for young women] by telling the stories of female leaders from around the world. Through A Podcast of One’s Own I have the time and space to have real conversations with the women interviewed, to learn the lessons from their lives and hear their insights into what works to get more women into leadership positions,” Gillard says.
“A great benefit of [podcasts] is that no one ends up distracted by how people look. Instead, the focus is 100 per cent on what they think. It’s also a low-cost way of sharing stories ... With very little equipment or formality, I can chat to a podcast guest wherever I am.”
read more here @ Brisbane Times
Posted by Melisende at 5:22 PM No comments:

From The Star Online:
For centuries on a small, forested island in the Baltic Sea, women in headscarves and striped red skirts have done most of the work: from farming to lighthouse keeping, leading church services and even dressing up as Santa Claus at Christmas.
The men of Kihnu island, 10km off the coast of Estonia, are away at sea fishing for weeks or months at a time, leaving the women to run what is often dubbed one of the last matriarchal societies in Europe.  Gender roles may have blurred, but one job still lies squarely with the women: keeping Kihnu’s centuries-old culture alive. 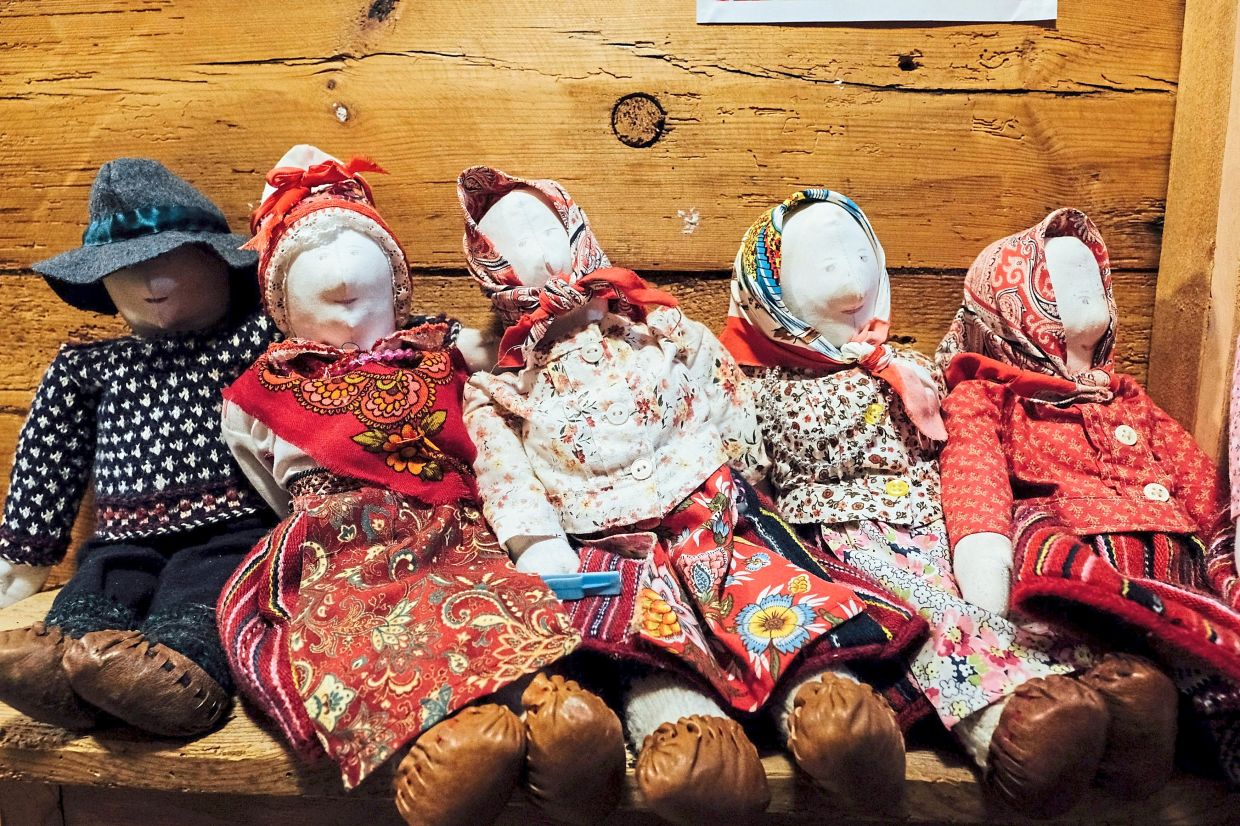 Since the global economic crash hit Estonia hard that year, the island’s year-round population has halved. Kihnu life still revolves around ancient folk traditions and songs, a unique culture which Unesco describes as a “masterpiece of oral and intangible heritage of humanity”. “We are going to lose it if people don’t live here any more, ” Matas says. “We don’t know what to do.”
read more here @ The Star Online
Posted by Melisende at 5:17 PM No comments:

The woman who discovered the first coronavirus

From BBC News:
The woman who discovered the first human coronavirus was the daughter of a Scottish bus driver who left school at 16. 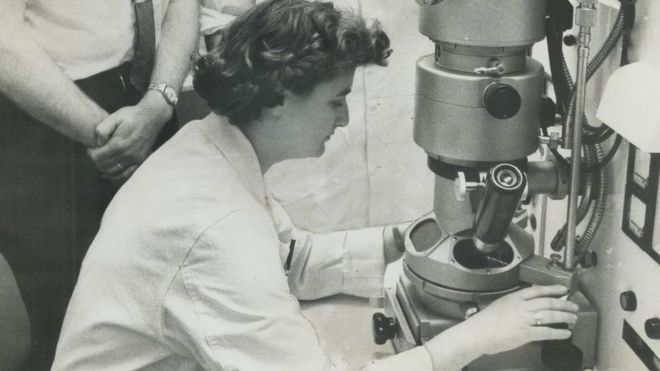 June Almeida went on to become a pioneer of virus imaging, whose work has come roaring back into focus during the present pandemic.
Covid-19 is a new virus but it is a coronavirus of the type first identified by Dr Almeida in 1964 at her laboratory in St Thomas's Hospital in London.
June Almeida died in 2007, at the age of 77. Now 13 years after her death she is finally getting recognition she deserves as a pioneer whose work speeded up understanding of the virus that is currently spreading throughout the world.
Posted by Melisende at 7:41 PM No comments:

What Happened to Eleanor of Aquitaine’s Daughters?

From History Hit:
There are many books about medieval kings and some about their queens, but what’s so special about the princesses born into, or marrying into, the Plantagenet dynasty?

The chroniclers who documented the births and lives of medieval princes were celibate and misogynistic monks who showed little interest in the births of girls, which were often not even noted. So we know much about the sons of Eleanor of Aquitaine and Henry II who founded the Plantagenet dynasty: Henry the Young King, Richard the Lionheart, Geoffrey of Brittany and Bad King John. Of Eleanor’s little-documented daughters and granddaughters we catch only glimpses.
read more here from Douglas Boyd @ History Hit
Posted by Melisende at 9:04 AM No comments:

From AVClub: Forty Elephants
What it’s about: Move over, mafia! From the 1870s (and possibly earlier) through to the 1950s, an all-female crime syndicate ruled London’s black market, robbing from high-end stores and their wealthy patrons, and enforcing their rules on smaller gangs and petty criminals. Also known as the Forty Thieves, the gang operated out of London’s Elephant And Castle district, hence the name.

Biggest controversy: The 19th-century ladies of the gang were able to turn Victorian social mores to their advantage. The same outfits designed to conceal a scandalous glimpse of bare ankle were also useful for concealing fenced goods. It was considered shocking and indecent to search a lady, especially in the high-end stores where the Elephants operated, and unthinkable to interrupt a woman in a changing room. They also flouted the era’s social mores in another way: Members of the gang earned enough money to support their husbands, who were either “idle men who lounged at home, [or] inmates of the British prison system.”
read more here @ AVClub
Posted by Melisende at 8:08 PM No comments:

The Power Women of Mecklenburgh Square 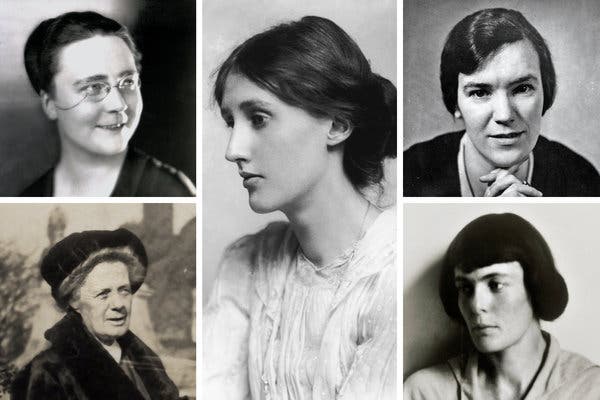 Francesca Wade, a British journalist and the editor of The White Review, brings these five together in her vividly written first book, “Square Haunting,” because they all lived in Bloomsbury, on Mecklenburgh Square. Although they resided there at different times — and, except in the case of one or two, it is unclear whether they ever met — each worked to overturn obstacles that had long “kept women subordinate,” forging new paths to the economic independence and intellectual fulfillment Woolf heralded in her landmark essay “A Room of One’s Own.”
read more here @ The New York Times
Posted by Melisende at 7:49 PM No comments: 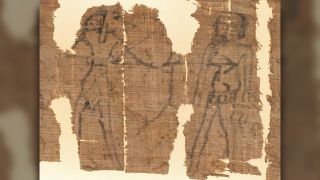 From CrimeReads:
For a country with a virgin queen, Elizabethan England was just stewing in sin. Or maybe it only seems that way from society’s portrayal in the books, plays, and pamphlets of the period. Maybe those authors, playwrights, and publishers understood the timeless craving for true crime stories, and happily fed people’s appetites. Whatever the reason, if you know where to look, there’s a wealth of material for anyone hoping to indulge in stories of rogues, witches, and knaves.

Megan Campisi's debut novel, Sin Eater, is a historical mystery set in an Elizabethan England flush with true crime. One young woman is condemned to bear her town’s sins as a sin eater, but she turns her curse into an unexpected source of power when she uncovers and sets out to solve a series of gruesome murders. In crafting the world, I drew on true crime stories of the Elizabethan and Jacobean eras. So, where did Elizabethans go for their true crime fix? Here’s a guide to seven delicious sources to transport you to the Elizabethan criminal underworld.
read more here @ CrimeReads
Posted by Melisende at 8:52 AM 1 comment:

Was Anne Boleyn buried in the Tower of London? 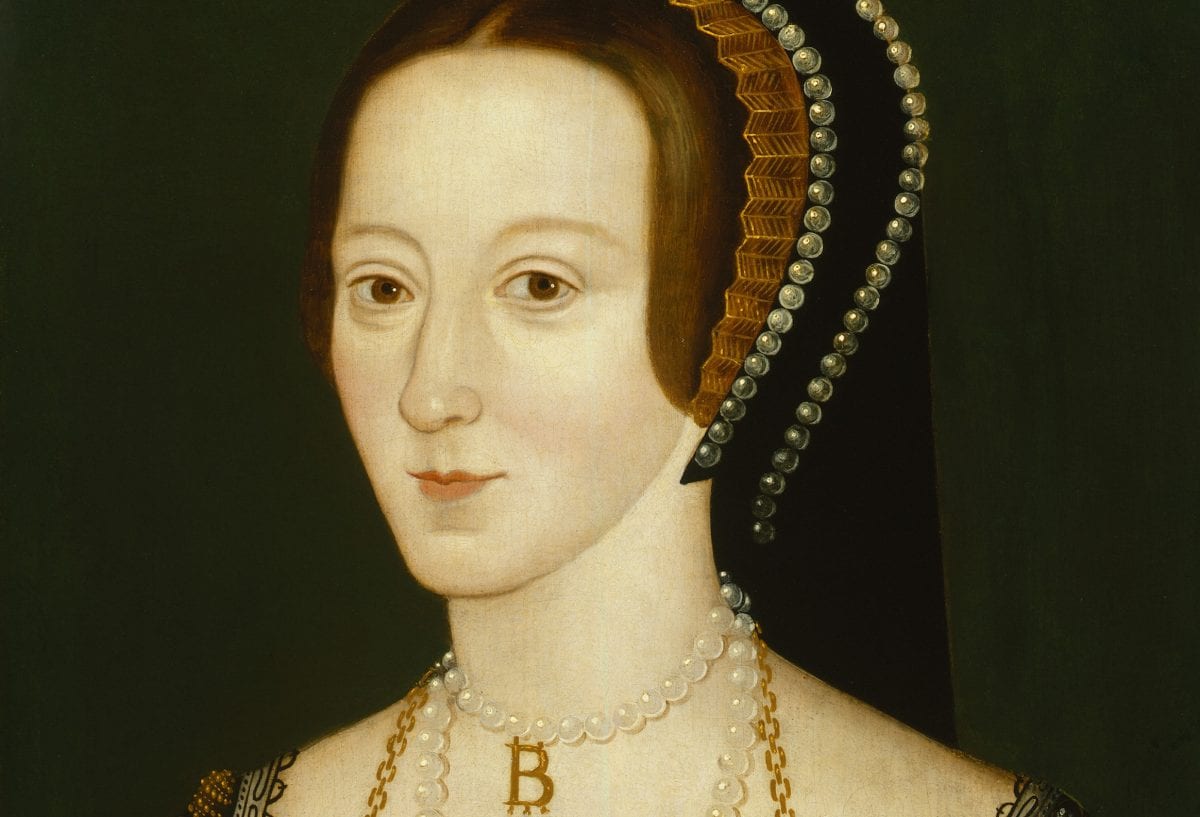 Anne Boleyn, Queen of England and second wife of Henry VIII was executed within the grounds of the Tower of London. Her crime was a trumpeted up charge of adultery with two men of the court, and incest with her brother. The real reason for her execution was to remove Anne, who was an obstacle to Henry remarrying and having an heir.
In the middle of the 19th century during the reign of Queen Victoria, the entire Tower was “restored,” including the chapel which had fallen into a major state of disrepair. Unfortunately, much of the “restoration” was poorly done, resulting in some serious alteration and damage to the original fabric of the chapel and adjacent buildings. There has been much debate about the possibility of Anne being one of those exhumed.
read more here @ HeritageDaily

Posted by Melisende at 8:57 PM No comments: