From GreekReporter:
The first Greek woman to be crowned ‘Miss Europe’ was Aliki Diplarakou way back in February, 1930.
However, this Greek beauty was far from simply being a pretty face. Well-educated, independent and articulate, Diplarakou confounded prejudices about beauty pageant contestants.
She was a polyglot who spoke four languages and later toured the U.S. giving lectures on ancient and modern Greek culture.
A daring spirit, later in the 1930s she also dressed up in men’s clothes and smuggled herself into the monks’ sanctuary on Mount Athos which had stood “inviolate” by women since the time of the Byzantine Empire, save for twice harboring female refugees.
Posted by Melisende at 4:00 PM No comments:

From Jerusalem Post:
An Egyptian archaeological mission has discovered an Old Kingdom tomb of a lady named "Hetpet," who is assumed to have been a top official in the royal palace during the end of the Fifth Dynasty, according to information released by Egyptian authorities on Saturday.
"In ancient Egypt, it was uncommon for a woman to to be buried separate from her husband. Only the princesses of the ruling family had their own graves. Building a tomb for a woman, who was not a part of the royal family, was rather uncommon. This shows the status of women at that time," said Hasan Ramadan, the supervisor of the Egyptian team's excavations. 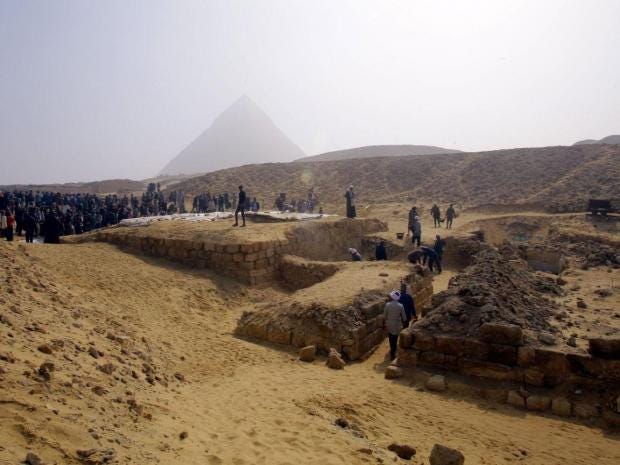 No place for strong women? A look inside the Vatican walls

From Independent (Irish News):
The Vatican made the new when .... the Dicastery for Laity, Family and Life, which is headed up by Irish Cardinal Kevin Farrell, who made headlines last week when he refused permission for Mary McAleese and two other speakers to speak at an event in the Vatican to mark International Women's Day next month.
The ban on Mary McAleese highlighted the question of how women are regarded by the Vatican. Tina Beattie, professor of Catholic Studies at Roehampton College in London, is involved in the Voices of Faith conference on International Women's Day. Speaking to BBC Radio Ulster's Sunday Sequence programme last week, she warned that the women invited to events at the Vatican tend to be handpicked and are known to be the most conservative voices who will tell the organising prelates what they want to hear.


Posted by Melisende at 3:14 PM No comments:

Mystery of a Grave

From The Hindu:
Whose is the mystery grave next to the one of Razia Sultan? Various conjectures have been made by historians and visitors. According to Gaynor Barton who, along with another Englishwoman, Laurraine Malone, wrote a book, “Old-Delhi-Ten Easy Walks”, Razia was murdered by robbers while resting under a tree in presumably present-day Haryana. Dr Ishwari Prasad, the noted historian, however states that it was not robbers but some villagers who killed her and her lover, Altunia, probably to find favour with her jealous siblings. How did she then come to be buried behind the tomb of Hazrat Turkman Bayabani? Who brought her body there and what happened to the body of Altunia?

Razia was known not as Sultana but as Sultan because in those days the orthodox courtiers of her father would not have willingly followed one who manifested her womanhood in an all-male preserve. She gave no quarter to her enemies, including her brothers, Ruknuddin, debauchee among them. Like Antony, making his oration at Caesar’s funeral and inciting the Romans against the conspirators of the great conqueror, Razia, dressed in the robes of a mystic, addressed the citizens of Delhi, asking them to avenge the death of her slain younger brother, Muizuddin. The mob did just what it was supposed to do and Razia ascended the throne. But her reign of three years was short and tragic, even though she turned her defeat at the hands of the powerful Governor of Lahore into a personal victory by winning his hand, just as she had earlier gained the support of the Abyssinian master of the stable, Yaqut. But both she and the Turkish Altunia were defeated and later put to death by a hostile mob in 1240 AD. That in brief is the history of the woman who lies under a shabby tomb. Few people in the neighbourhood know its relevance, though there is a grave in Karnal also said to be hers.
Posted by Melisende at 3:01 PM No comments:

Maria Solina - The Most Famous Witch of Galicia 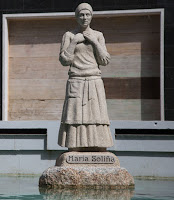 
Witchcraft has a very special place in the culture of Spanish Galicia. One of the most famous people related to the old magical traditions is Maria Soliña, a Galician witch who lived during the 17th century. Despite her openness about supernatural practices, the intelligence of this remarkable woman allowed her to avoid the stake during the Inquisition.

We can discern the following from what little is known of this woman: 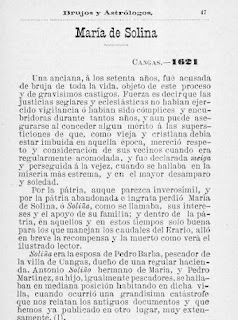 From Ancient Origins:
It must have been an exciting trip all those millennia ago when a 16- to 18-year-old girl traveled from elsewhere in Europe to Jutland in Denmark, only to die not long after. The tall teen was given an elite burial, and her remains were preserved somewhat by an oak coffin and burial mound. Researchers are studying the Skrydstrup Woman to determine exactly where in Europe she came from. Possibilities include Germany, the Czech Republic, France, or Sweden.
She is not the only far traveler to be found in Jutland, an area that shows evidence of Bronze Age wealth for its residents. The Egtved Girl, who also died around age 16 to 18, also came from far away, analysis of the amount of strontium in her bones and teeth has shown.

The stories of the two women do diverge somewhat. While the Skydstrup Woman made just one long journey and then stayed there in Jutland, the Egtved Girl apparently traveled a lot and was in Egtved only a few months before she died. She was buried with two men nearby, a further indication of her high status.
Posted by Melisende at 4:21 PM No comments:

The women who smuggled Crown Jewels from Dunnottar Castle

From The Scotsman:
The Crown, sword and sceptre, the oldest Royal Regalia in Britain, were moved to Dunnottar near Stonehaven for safekeeping following the coronation of Charles II on January 1 1651. They were hidden in sacks of wool by Katherine Drummond of Moneydie, Perthshire, and carried to Aberdeenshire through territory occupied by Cromwellian forces.

But with Cromwell’s army advancing north, their safety could not be guaranteed for long and in September 1651, Dunnottar, home of the Earl Marischal, was besieged for eight months.

Four women laid out an audacious plan to move the Honours under the nose of the army with a female servant to assist in the mission.

"On 3d January 1652, Lambert again summoned the castle of Dunnottar to surrender upon honourable conditions, which were again rejected by the Lieutenant-Governor ; and, after this period, the castle was subjected to a close blockade In this emergency female ingenuity discovered a remedy, where masculine valour and prudence might totally have failed.

The Countess-dowager Mareschal, by birth daughter to John Earl of Mar, was probably the planner of this successful scheme. The immediate agent was Christian Fletcher, wife of the Rev. James Granger, minister of KinnefF, a small parish church within four or five miles of the castle of Dunnottar, who obtained from the English general permission to pa}' a visit to the Governor's lady.

Mrs Ogilvy acted in concert with the Lady Mareschal, but it was agreed that her husband should not be admitted into the secret, in order that, upon the surrender of the castle, an event now considered as inevitable, he might be enabled to declare with truth that he knew neither when, how, nor to what place, the Regalia had been removed. " (Source: Description of the Regalia of Scotland by Sir Walter Scott, 1875)

Posted by Melisende at 4:13 PM No comments: