The Hidden History of Women and the IRA 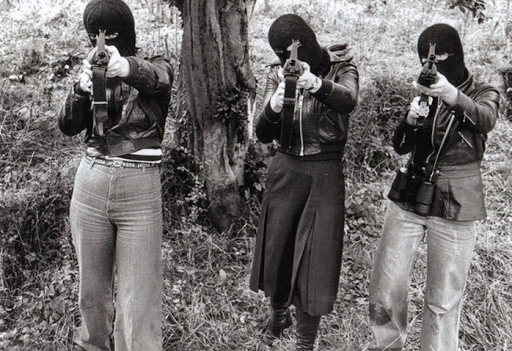 Women have been part of the IRA from the start, but their stories remain largely untold. Their roles—their radicalization, training, combat, and varying levels of conviction or remorse—form a hidden history. During the Troubles, dozens of women were imprisoned for IRA activity. Some who survived the conflict have renounced their former army; others remain committed to the armed struggle into their seventies.
“Women terrorists are more fanatical and have a greater capacity for suffering,” says theorist Walter Laqueur. “Their motivation is predominantly emotional and can not be shaken through intellectual argument.”
Perhaps we prefer to believe that the girls and women of the IRA and other radical groups were somehow tricked into joining, that they were naïve, that a man was somewhere in the background pulling the strings. We tend to assume that women are inherently peaceful, especially once they have children. But motherhood can actually be a spur to join a terror movement, not a deterrent. Some IRA women viewed their struggle as a way to provide a different sort of life for their children, a peaceful one.
read more @ CrimeReads
Posted by Melisende at 1:39 PM 1 comment: