From Equal Times:
According to the World Health Organization, Female genital mutilation (FGM) “includes procedures that intentionally alter or cause injury to the female genital organs for non-medical reasons”. Although often associated with the countries of Sub-Saharan Africa, some evidence suggests that the practice originated in Ancient Egypt and then spread to the south of the continent. Exactly when it emerged is hard to say, but reference to it is made on papyrus dating back to the 2nd century BC, indicating that it already existed at the time of the Pharaohs.
Today, around 90 per cent of Egypt’s female population aged between 15 and 65 have undergone FGM, a practice that is referred to as “purification” in Arabic and that is deeply woven into the country’s social fabric. Although religious grounds are untiringly used to justify it, both within Christian and Muslim communities, there is no real mention of FGM in sacred texts. In 2008, the Egyptian government passed a law prohibiting the practice, but only three members of the medical profession have since been prosecuted – including one who is still known to be performing FGM today. The weight of tradition and the political instability in the country are hindering any real action, based on concrete initiatives, to tackle the problem.
The idea behind this photo report is to give a voice to the women who, in spite of social pressure, have decided to say “no”. The Purest Choice is a portrait series of women who have suffered FGM, each photographed next to their daughters, who they have refused to subject to genital cutting, giving new meaning to the idea of “purification”. Far from being passive victims, as they are all too often depicted, these survivors have managed to take their own traumatic experience and turn it into a source of positive change. By choosing not to perpetuate this practice, each of these women has become an activist in her own way.
read more here @ Equal Times
Posted by Melisende at 7:06 PM No comments:

Trinity College’s new sculpture: 30 women to put on a pedestal

It has been more than 200 years coming, but better late than never: the provost of Trinity College Dublin wants the first woman to join the 40 men memorialised in marble busts in the Long Room of the Old Library. 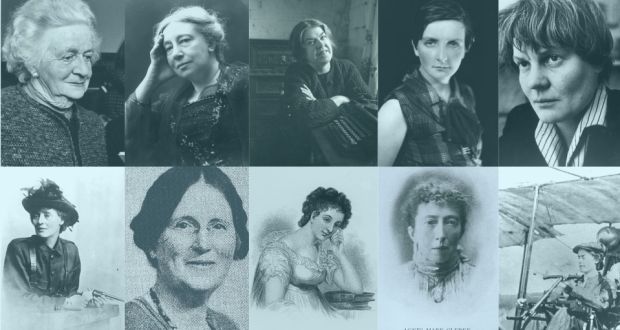 Patrick Prendergast has asked for nominations for who should sit alongside Aristotle, Isaac Newton, Edmund Burke and Jonathan Swift, among others. The woman needn’t have a Trinity connection nor be Irish, just be a scholar who is no longer alive.

To get the ball rolling, here are 30 Irish scholars, writers and thinkers worth considering for the honour.