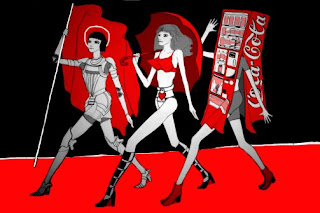 From the Daily Beast:
“You might find a bit of armor useful when you become queen,” Cersei Lannister recently told a female rival on Game of Thrones. But her advice could just as easily apply to women from all walks of life—particularly now, in the aftermath of a series of high-profile sexual assaults around the world. In a reflex response to the quest for a societal aegis, a number of contemporary clothing designers have found armor (or a variation thereof) useful as a form of protection for women. Most recently, three Indian engineering students designed a bra even more kick-ass than the Queen of the Seven Kingdoms’ chest plate. The so-called Society Harnessing Equipment (SHE) reportedly delivers 82 shocks in response to an unwanted touch and was designed as “retaliation against menaces in society” after last year’s gang rape in Delhi.