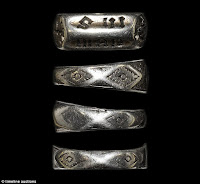 Posted by Melisende at 2:12 PM

Check out my blog dedicated to important women who are sometimes overlooked in history! Their contributions could be local, national or international. Each one matters! http://mshewangizaw.com/?page_id=18