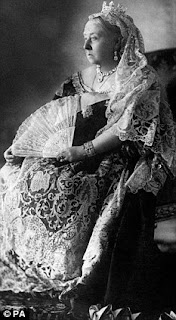 Queen Victoria’s Diamond Jubilee in 1897 marked the refulgent patriotic zenith of the British Empire.  Standing less than 5ft tall, but nevertheless a towering colossus throughout the world, the iconic Queen Empress gave her name to an age that produced an empire measuring some 40 million square kilometres, with 387 million subjects.
But now an astonishing article, published this month in The Oldie magazine, seeks to explode this greatest of all royal myths.
It claims that after the untimely death of her husband, Albert, the Prince Consort, Victoria sought sexual solace with her uncouth, arrogant and heavy-drinking Highland ghillie, John Brown. It further alleges that the Queen secretly married Brown in a clandestine ceremony and then bore him a child.
The 82-year-old historian, John Julius (2nd Viscount) Norwich, son of the legendary society beauty Lady Diana Cooper, is cited as a source for this story.
Lord Norwich, it appears, remembers his friend, the late historian Sir Steven Runciman, telling him that while he was researching in the Royal Archives at Windsor Castle, he chanced upon the marriage certificate of Queen Victoria and John Brown.
Runciman was a pre-eminent expert on the Crusades and the Byzantine Empire. According to this very tall tale, he showed the certificate to the late Queen Mother.
Posted by Melisende at 1:15 PM