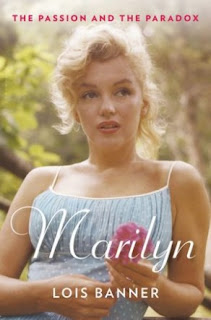 MARILYN: The Passion and the Paradox - Hers was a life lived fully and ambitiously, and cut short tragically; this much we all know is true. But beyond the public persona that Norma Jeane Mortenson put forth, do we really know all that much about the reality behind Marilyn Monroe’s storied thirty-six years on this earth?

Upon the fiftieth anniversary of Monroe’s death, feminist and historian Lois W. Banner presents us with a new, all-encompassing study of the star’s tumultuous life and mystery-sodden death.  Through her lens, we see a very different Marilyn Monroe—not merely a blond bombshell nor a fragile victim—but someone she reveals as a radical, an intellectual, someone with a deep interest in spirituality, and one of the most important women of the 20th century.

Lois Banner was a founder of the field of women's history and cofounder of the Berkshire Conference in Women's History, the major academic event in the field. She is the author of ten books, including her acclaimed American Beauty and most recently MM–Personal, which reproduces and discusses items from Marilyn's personal archives. In addition to her books on Monroe, Banner is a major collector of her artifacts. She is also a professor of history and gender studies at USC and lives in Southern California.

Posted by Melisende at 9:39 PM