Archaeologists doing exploratory digging for an airport in Russia have found the grave of an apparent noblewoman with very valuable items, including a sword and knives, gold and silver jewelry, elaborately decorated clothing, a bronze mirror and a decorated bronze bucket. The 1st century AD grave is of the Sarmatian people, whose women are believed to have inspired Greek accounts of the warrior-women Amazons.

“It is interesting that there are two burials in this mound,” archaeologist Roman Mimokhod told the Mail the Russian Academy of Science's Institute of Archaeology. “One obviously belonged to a man and was totally looted. We found only some fragments of crockery and scattered bones. We will check the bones, but we are almost sure it was some noble man. The second burial belonged to the woman. We believe that it was a double burial of some noble Sarmatian and his wife.”

He said the discovery of the arrowheads is indirect confirmation of ancient historians' relating that Sarmatian women were involved in hostilities and battle. In addition, there was a harness, indicating she may have been a horse rider.
Posted by Melisende at 7:00 PM No comments: 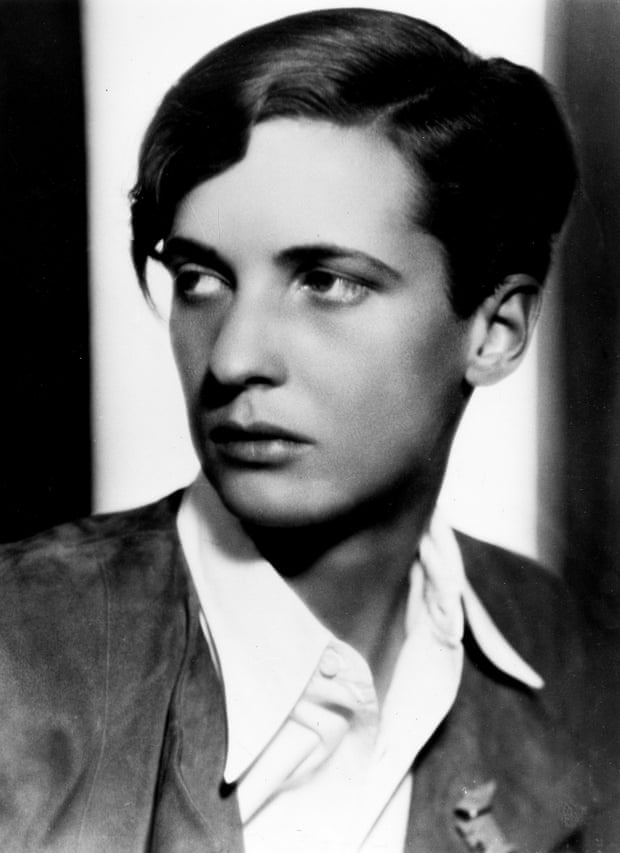 Posted by Melisende at 6:55 PM No comments:

9 Pioneering Feminists In History Who Were Way Before Their Time

9 Pioneering Feminists In History Who Were Way Before Their Time, Because Strong Women Have Always Existed | Bustle 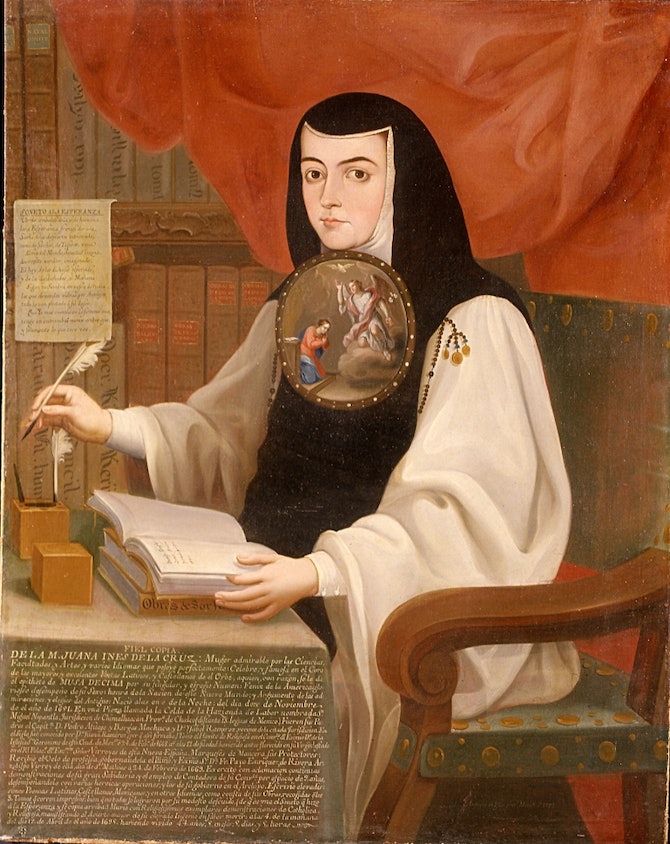 It's spectacularly tricky to attach the label of "feminist" to women who were writing, working, and living far before the term became widely used. And I'm talking centuries before. We're all pretty familiar these days with the shortest working definition of a modern feminist, thanks to writer Chimamanda Ngozi Adichie (and Beyonce) — "a person who believes in the social, economic and political equality of the sexes" — but putting that label onto people from a pre-feminist period (i.e. before the "first wave" of the late 19th century) is pretty challenging. Why? One, they're not self-defining as feminists because that didn't exist yet; two, they often champion certain bits of feminist thought while repudiating others; and three, they come from radically different societies than our own.  Instead, most historians of feminism use the term "proto-feminists," meaning that these women anticipated the movement (some by nearly half a millennium), but can't be safely seen as part of it.
Posted by Melisende at 6:48 PM No comments:


A scholar of the Italian Renaissance, Findlen has collected biographies of medieval women, written in Italy from the 15th to 18th centuries, several centuries after the women lived.
Through a close examination of these texts, Findlen found that these early modern writers were so passionate about medieval women that they sometimes fabricated stories about them.
As Findlen carefully tracked down the claims in these stories, she found they varied from factual to somewhat factual to entirely false.
These invented women were often mentioned in regional histories, with imaginary connections to important institutions. They were described as having law degrees or professorships, claims that turned out to be fictitious.
Posted by Melisende at 6:11 PM No comments: The controversial “Gospel of Jesus’s Wife” has been undergoing rigorous forensic testing and academic analysis to determine if the fragment of papyrus is authentic or not. The much-debated gospel, if legitimate, might show that at one point it was believed Jesus had taken wife, contrary to the current doctrines of Christianity.
The faded papyrus was revealed by Harvard University professor Karen L. King in 2012 and it instantly made international headlines. The announcement of a papyrus which might alter the historical record of Christian faith was met with elation, anger, and skepticism.
The fragment, now known as “The Gospel of Jesus’s Wife” is written in Coptic (an Egyptian language), mentions a woman named Mary, and contains the translated phrases, “Jesus said to them, my wife….", and "she will be able to be my disciple,” which suggests not only that Jesus may have married (some believe to Mary Magdalene) but also it raises the argument for women to become ordained priests.
Posted by Melisende at 5:14 PM No comments: 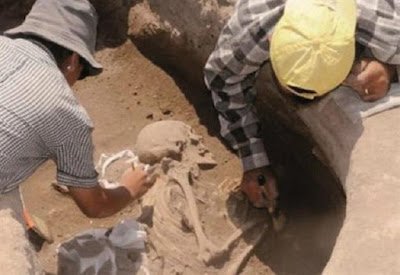 The Archaeology News Network: Two Bronze Age female skeletons unearthed at Oylum Mound
Two 3,900-year-old female skeletons from the Bronze Age have been unearthed at Oylum Mound in the southeastern Turkish province of Kilis.
Oylum is located three kilometers away from the Syrian border and is one of the largest mounds in the southeastern Anatolian region in terms of its size. Excavations have been carried out by a team from the Cumhuriyet University Archaeology Department.
Posted by Melisende at 4:29 PM No comments:

Was Cleopatra beautiful? The archaeological evidence Was Cleopatra beautiful? The archaeological evidence | HeritageDaily - Heritage & Archaeology News
Over the next two thousand years and counting, she would be renowned for her outstanding physical beauty, inspiring innumerable works of art depicting her as an alluring temptress, and spawning countless modern beauty parlours in her name.
No doubt the legend of her beauty is based in part on her famous seduction of both Julius Caesar and Mark Antony, both powerful Roman leaders. But what did she really look like? Is there any solid basis to the claims of unparalleled physical beauty? Let’s have a look at what the historical and archaeological evidence tells us.
Posted by Melisende at 10:36 AM 2 comments:

Eight feet long from edge to edge and brushed with beautiful calligraphy, the stretched-out scroll hanging on the walls of the Oriental Institute of the University of Chicago could easily be mistaken for a poem, or an ornate royal decree. It's neither. It's a prenup.
The 2,480-year-old marital document, written in demotic script—demotic being derived from the hieratic writing system, a kind of shorthand for hieroglyphs—was made to ensure that if the union between the signers didn’t work out, the wife would be adequately provided for. Her compensation would include "1.2 pieces of silver and 36 bags of grain every year for the rest of her life," says Dr. Emily Teeter, an Egyptologist at the Institute.
Posted by Melisende at 10:30 AM No comments: 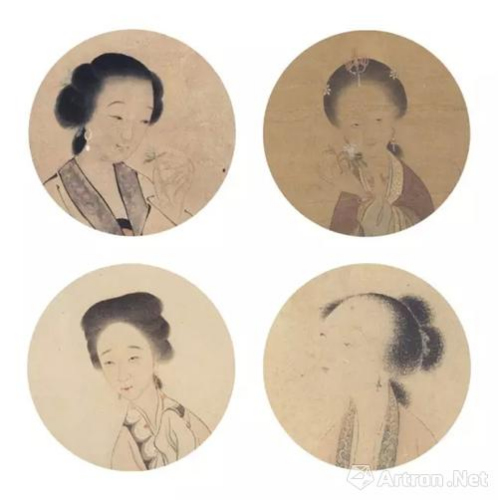 What did ancient Chinese women look like? What did they use when they washed their faces and did their make up? An exhibition in Nanjing may answer your questions.

The special exhibition themed on ancient female cultural relics was unveiled at the Nanjing Museum Monday. The exhibition, covering 230 ancient items spanning the centuries from the Han Dynasty to the Qing Dynasty presents traditional Chinese women's lives and tastes.

According to exhibit Curator Cao Qing, this exhibition is the first of its kind with a theme on ancient females. The exhibits include treasures from imperial ladies, as well as daily utensils used by women who lived in extended families, and paintings depicting ancient women's life and work, as well as paintings of beautiful women created by men. Some rarely seen items, like a chamber pot, also are on display.

Special lectures, a traditional costume show and tea art experience activities are planned during the exhibition. It will run through Oct 31.

Posted by Melisende at 10:25 AM No comments: