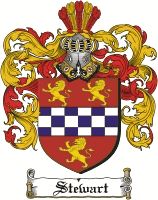 February was a cruel month if your name was Stewart or Stuart and you were part of that extraordinary dynasty which held the throne of Scotland for more than 340 years.

So why should they have feared February? It just happens to be the month of the year when a lot of untoward things happened to, or were caused to happen by, the royal descendants of the High Steward of Scotland.


Read a more detailed timeline in The National

Posted by Melisende at 5:10 PM