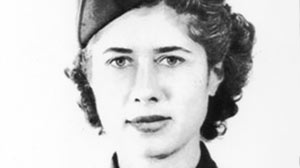 From ABC News:
"Of the 38 WASPs who lost their lives, she's the only one unaccounted for," said Pat Macha, a retired teacher-turned-aviation archaeologist who is leading the search, from aboard a search vessel in Santa Monica Bay.
The WASP program was dismantled just two years after it began, when male pilots returning from combat needed jobs.
Female pilots were not recognized as full-fledged members of the military, Davis said.
"They received no military benefits," she added. "They paid their way in and paid their way home. Many left husbands and children at home. They answered the call of duty and there was a loyal patriotic streak that ran among all of them."
read more here @ ABC News
read review of Seized By The Sun @ Melisende's Library
Posted by Melisende at 6:27 PM