The film Rebel Queen tells the remarkable story of the last Sikh ruler of Lahore – a fearless Maharani who waged two wars against British rule in India. She is an inspiring figure for young Asian women today.
An Indian woman wearing a crinoline over her traditional clothes, and emeralds and pearls under her bonnet, walks in Kensington Gardens in 1861. She is the last Sikh queen of Lahore, the capital of the Punjab empire, and her name is Jindan Kaur. She died two years later, in 1863, and was buried in west London. 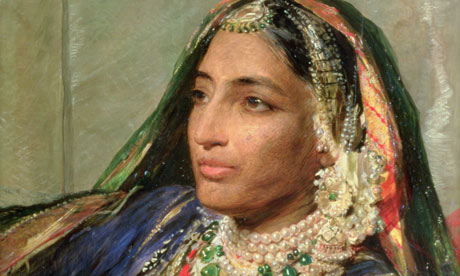 Maharani Jindan Kaur's life – much of which was spent raging against the British empire for cheating her out of the Punjab, then a vast country stretching from the Khyber Pass to Kashmir – is the subject of a film called Rebel Queen, which premiered at New York's International Sikh film festival and is set to be shown in the UK in February.