From the Red River Valley Echo: 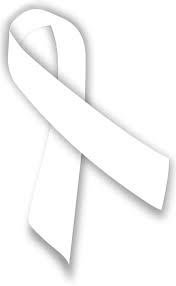 Dec. 6 is the National Day of Remembrance and Action in Violence Against Women in Canada.
This day coincides with the sad anniversary of the deaths of 14 women who were tragically killed in Montreal because of their gender.
None of the victims who went to class at L'Ecole Polytechnique could have guessed that they were a target.
That day, on a cold late December afternoon in 1989, a young man named Marc Lepine lashed out with a semi-automatic rifle.
As soon as he entered a classroom, he separated the women from the men, lined the women along the wall, and then killed them one by one.
In addition to killing 14 female engineering students, he injured eight other women, and also four men who tried to stop him.
Then, he killed himself.
This tragic event has come to be known as the Montreal Massacre.
A police investigation later revealed that Lepine was on a mission. In his pocket, they found a list of 15 other female targets in various professions.
In his eyes, they were all guilty of the same thing. They were all women who chose non-traditional careers and dared to be leaders in their fields.
Since then, over 170 women have died through acts of violence in Manitoba. It's these kinds of senseless acts that make places like Genesis House in Winkler so necessary.

Posted by Melisende at 5:11 PM

My wife organised a rememberence meeting for this in the Mall in Armidale NSW, reclaim the night. We all attended. Crasher was there singing her song about the Canadian incident.
Regards.
http://woodsrunnersdiary.blogspot.com/