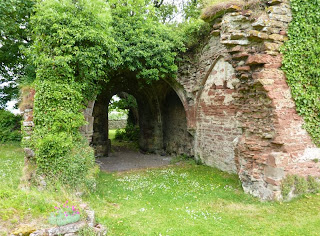 
THE hunt is on to find the body of an heir to the Scottish throne who is believed to have been murdered and dumped in an unmarked grave more than six centuries ago.
David Stewart was the first Duke of Rothesay, the same title now used by Prince Charles when he is in Scotland.
The tragic Duke was just 24 when he was arrested by his ambitious uncle, imprisoned and – it is widely suspected – murdered.
The body was buried in an unmarked grave 1402 somewhere in the grounds of  Lindores Abbey, Fife, and has lain there for the past 611 years.
Now a team of historians and archaeologists plans to pinpoint the grave, exhume the body, and settle once and for all the mystery of how Prince Charles’ predecessor met his end.
Posted by Melisende at 10:00 PM