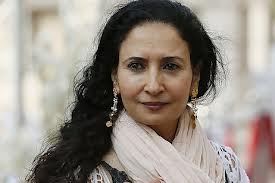 At the peak of the uprising against now ousted Yemeni strongman Ali Abdullah Saleh, Khadija al-Salami left her diplomatic post in Paris to film the mass participation by long-marginalized women in the revolt.

In her documentary “The Scream,” screened at the Dubai International Film Festival, Salami -- who was forced to marry aged just 11 -- focuses on the role women played during the year-long uprising in the impoverished Arab state.

“Traditionally, a woman’s voice must not be heard, just as her hair must remain covered,” said Salami, who herself does not cover her long dark hair.

“I chose this title for my film because women have shouted out through their uprising and movement that they exist” in Yemen’s male-dominated society, she said.
Posted by Melisende at 9:50 PM