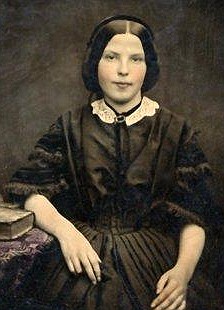 Pioneering Australian Matriarch
From the age of 10yo, Mary spent her days sweeping the streets of London as a means of begging. Young Mary was one of a large family of a single mother living in poverty. With another child - said to be 14yo - Mary stole the clothes off a small 8yo girl and pawned them. However, young Mary was turned in by yet another child; she was arrested, and brought before the court. Both young girls were condemned to be hanged. Mary spent 93 days in the notorious Newgate Prison till her sentence was commuted to transportation for life, to Australia. Mary was transferred to the ship the "Lady Juliana" of the Second Fleet.
Mary arrived in Australia barely 11yo (c.1789) - the voyage from England to Australia took 11 months. It was not an unusual practice for the officers aboard to take a mistress from the female convicts for the duration of the voyage. Once in the colony, most female convicts were assigned to free-men - ostensibly as house servants. There was no record of who was Mary's master, nor was there any record as to who the father of her first two children was. The first child was born on Norfolk Island before her 15th birthday (c.1793), the other was born two years later (c.1795).
Mary was taken from Norfolk Island to Sydney. Here she lived in a tent, where she gave birth to a third child by a emancipated Irish transportee, Teague Harrigan - who joined a whaling expedition three years later. After this Mary married, and lived with her husband Jonathon Brooker near the Hawkesbury River (1809). It was here that Mary raised her family which numbered 21 children, seven of which lived to have their own children.
When Mary became emancipated, she and her family moved and established a farm at Airds, in Campbelltown, New South Wales. Mary and her husband owned 30 acres (1822) until bushfires destroyed their property (1823) - and Jon's livelihood (he was a carpenter by trade and his tools were all destroyed). The family was destitute. But they recovered. Mary (50s) and Jon (68yo) went on to own 62 acres in Illawarra (1828). Here Mary lived till Jon's death (1833), and then her own death (1859). Mary's funeral service was the very first to be held in St Paul's Church of England church, Fairy Meadow - her son donated the land on which the church was built.
Posted by Melisende at 4:33 PM

Hi could I find out where this photo came from thanks

Well you know she has, like, tens of thousands of descendants so...

Everyone attributes the "first two chldren" (1793, 1795) to this Mary Wade. How do we know they weren't the children of Mary Wade per Lady Penryhn who was also a convict at Norfolk Island at the same time?

Is this definitely a picture of Mary Wade? Do you have a JPEG you could send to me for a history story for the Southwark NEws? My email is amelia@southwarknews.co.uk Thank you

I would also like to use a jpeg for a book from the National archives if any one has a printable one please hallvictoria@hotmail.com

There is absolutely no way this is a picture of her. The very, very earliest photographs weren’t around until the late 1820s – in *Paris*, not a convict settlement on the other side of the world. This woman’s clothing and hairstyle are decades later than that. And if this was Mary photographed in the 1850s, then she would have been an old woman.

And - quite honestly - I'm a bit worried that the people who want a copy of the picture for various books know so little about history they could even entertain the fact it was her.

Maybe do a bit more research (other than Google Images!) before setting out to write something with historical themes.

I am a direct descendant of Mary Wade and have been researching her for over 10 years and thus I believe I am correct in pointing out a couple of errors (apart from the obvious error with the photo). Mary was actually 13 when she was convicted and she arrived in Australia as a 14 yo. She (and her mother) lied about her age during the trial in an attempt to avoid the death penalty. The Westminster Baptism records show the birth of a Mary Wade in December 1775 and her baptism in January 1776. There's also no proof she had 21 children - I can only find 9. A claim made by her husband, Jonathan Brooker, to the colonial secretary for help after a fire in 1823 refers to there being only 7 children (2 having died in infancy).

Hi all
I'm looking to speak to descendants of Mary Wade for a piece for Daily Mail Australia.
If anyone would be interested in speaking to me please email me at lucy.gray@mailonline.co.uk
Many thanks
Lucy

the photo is of sarah wade, Mary's daughter

the photo is of sarah wade, Mary's daughter

In response to Anonymous who asked 'Everyone attributes the "first two chldren" (1793, 1795) to this Mary Wade. How do we know they weren't the children of Mary Wade per Lady Penryhn who was also a convict at Norfolk Island at the same time?'

In the case of Sarah Wade (the first born), we know she is connected to Mary Wade from the Lady Juliana because when she died in 1887 the Australian Death Index named her father as Jonathan Brooker (although her real father was Teague/Thady Harrigan/Horgan). The same is true of Mary's 3rd child William who was also born on Norfolk Island. As far as the 2nd child Edward is concerned, Mary had 3 sons named Edward. Each time she bore a male child following the death of the earlier Edward, she named that new-born son Edward and this continued after she and Jonathan Brooker left Norfolk Island.

Does anybody know names of Marys parents

Her parents were Lawrence Wade and Mary Smith

My maiden name is angel and mary wades daughter married henry angel. My father was eric norman angel and died 1963 buried at rookwood sydney. I am interested in finding out pre mary wade england. My family has a copy of from mary wade to us ut unfortunately stopped just before our family.