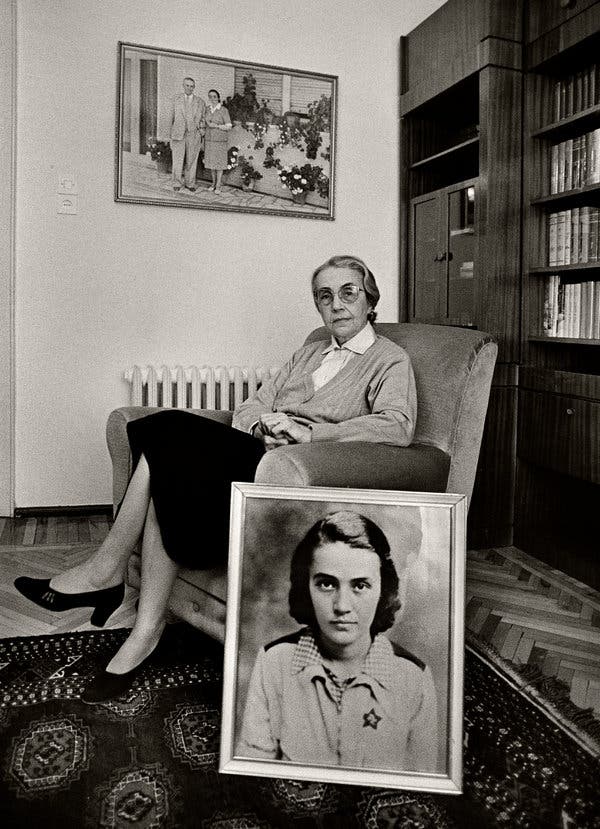 From The New York Times:
A political partner with her Communist dictator husband, they isolated their small Balkan nation, executed dissidents and drove the economy to collapse.
Nexhmije Hoxha, who joined with her husband, Enver Hoxha, the Communist dictator of Albania, in overseeing an oppressive regime that isolated the country after World War II, executed dissenters and drove the economy into the ground, died on Feb. 26 at her home near the capital, Tirana. She was 99.
Her death was announced by her son Ilir Hoxha and confirmed by Agence France-Presse and other news outlets.
The Hoxha regime, which lasted from 1945 to 1991, did not tolerate dissent. More than 6,000 of its opponents were executed, the remains of more than 5,000 of them dumped in secret mass graves, according to the International Commission on Missing Persons and Albania’s Institute of Integration of Ex-Politically Persecuted, which began exhuming and identifying bodies in 2019.
Posted by Melisende at 1:35 PM