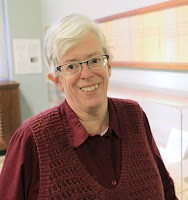 Long before Facebook posts and tweets, long before letters with postage stamps, ancient middle and upper-middle-class Egyptians scrawled notes on pieces of clay pots and handed them to children who ran across the village to deliver the messages.
The language these Egyptians used from about 700 B.C. to A.D. 300 is called demotic Egyptian — from the Greek demos, meaning tongue of the common man — and was written in a cursive script during the same period when hieroglyphs were being used to memorialize pharaohs on monuments.
University of Chicago scholar Janet Johnson recently completed a 37-year project compiling the Chicago Demotic Dictionary, which has tens of thousands of words, some of which became "ebony," "adobe" and the name "Susan," surviving the trek across several centuries and cultures.
Posted by Melisende at 5:22 PM

how to climb said...

what a great blog. thanks for all the wonderful read.